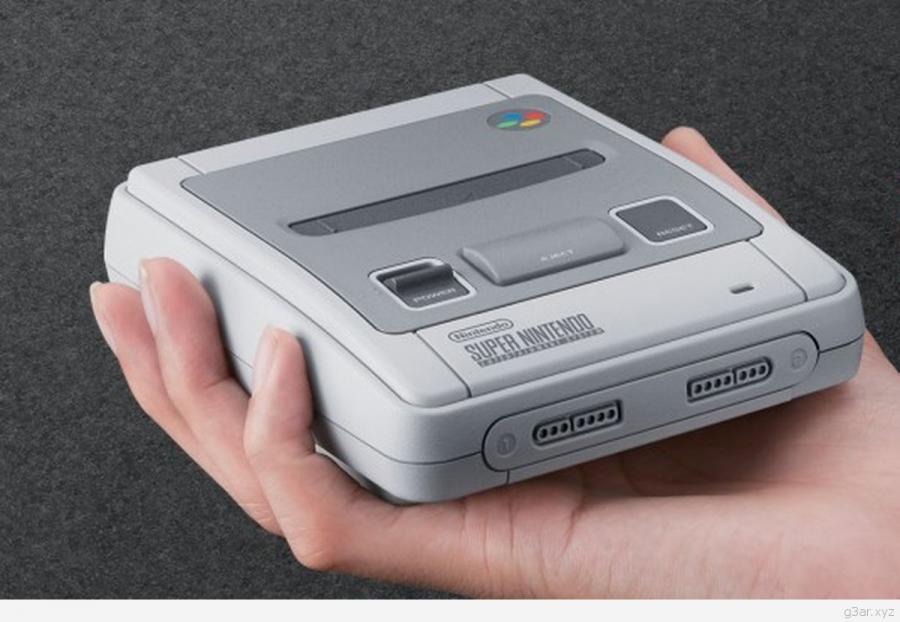 The release of NES Mini, of the the Sega Mega Drive Mini, of the Super Nintendo (the best console for me ever, along with the PS1), of the "new" Atari console, and the chance for the Nintendo 64 Mini Edition to come out, what is going on, we returned to the 90s?

The truth is that I liked the idea of the Mini NES. NES marks a salient point in the history of video games and we should not forget that it was instrumental in revitalizing the industry.

And of course, those who were had the NES when they were young, surely a tone of nostalgia touched them when NES Mini was announced, how much when they got it. Personally I could not get it, although I was 50-50 to buy it, since I did not have the NES for a long time (broken) and of course its games, I don't like the most of them.

The Mini Snes' announcement was something we waited for, especially after the NES Mini's high demand, the lack of its availability and the high prices that followed this shortage. And the shortage is something that is expected to be repeated and for the Snes Mini too, as Walmart is already out of stock.

But the question is, is it worth giving in 2017 about $80 to buy a '90s console, when with a little more money you can buy a newer console?

First , the Mini SNES comes with 21 titles that definitely left their mark for their quality. It also contains Star Fox 2, a title never released by Nintendo.

From the list, Donkey Kong Country, Contra III: The Alien Wars, The Legend of Zelda: A Link to the Past (one of the best games in the series and for many people, the best Zelda game), Super Castlevania IV, Super Ghouls'n Ghosts, Super Mario Kart, Super Mario World, Star Fox and Super Metroid are my favorite games and I waited and the Donkey Kong Country 2, the best game in the series, to be in the list, but never mind, maybe a hack similar to NES mini's will allows as to add as many games as we want.

If only the Super Castlevania IV and Super Metroid contained in the package and nothing else, it still would be worth buying the console. We are talking about two of the best games of the 16bit era, without wanting to lower the other games.

The issue is the cost of the console itself. Surely, the rights of the titles (although most of them are owned by Nintendo), the console's manufacturing and distribution has its cost and has to be covered somewhat. Okay, Nintendo gives this Retro feeling to some people (and this huge demand with NES and SNES pre-orders shows that there are a lot of them), but Nintendo wants to make a profit from this.

Surely you can run these games -and even more- very cheap, either by using your PC, your mobile, a Raspberry PI and many other solutions.

Because I have tried most of those solutions, I have to admit that none of them attracts me as much as the feeling of the original console, its original controller and the running of the games through a console builted exclusively for this purpose, without further settings and customizations. Okay, I'm also attracted to the arcade cabinet I'm working on, but I'm going to talk about it in another article.

And it may sound silly to the PlayStation 4 fans, but I have enjoyed SNES games more than the PS4 games, where I really did not like it at all (the PS4).

So yes, I'll buy the Super SNES, because I want to see it next to my TV. I want to play the games I've played young and I'm glad to play them once more (for instance, I've played Super Metroid more than 5 times) in their original console (even in "mini" form) as they meant to be played.