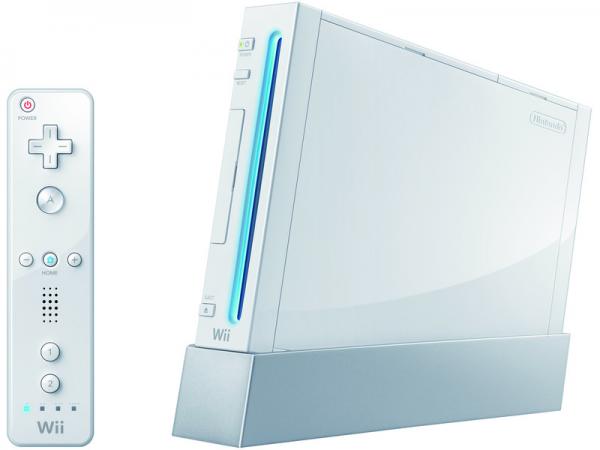 Triforce was an arcade system made by Namco, Sega and Nintendo. Its hardware was based on Nintendo's Gamecube with some tweaks. The good news are that the most famous games, like Mario Kart Arcade GP, Mario Kart Arcade GP 2, F-Zero AX and Virtua Striker 4 Ver.2006 can be played on Wii with QuadForce.

Dios-Mios Booter. Put it in "apps" folder of your SD Card.

Put the SD card (or the USB stick) on Wii, run the homebrew channel and choose the Wad Manager. Install the QuadForce and return on main menu.

Run again the homebrew channel and load Dios-Mios Booter (you must connect a Gamecube controller before run it). Select games with the digital pad (if you have them on SD) or by pressing "L" on GC controller, to get the game list from USB Stick (if you have them there). Press "A" to run any game.

Note that these games are from arcade systems, so their control is based on these systems (wheel for selections, accelerator for selection, etc).

When you are playing F-Zero AX, you will get the Initializing Motor..." message. You have to make some circles with the analog stick (GC) and press, A, B and then Start.

The same is for Virtua Striker 4 Ver.2006. Do the same with the analog stick and press "Start". Because this game supports multiplayer, you must connect the controllers BEFORE running the game and do this trick with all the controllers.

In Mario Kart now, the emulator supports the "Mario Cards", which means that the game can save its progress.

Note that this emulator can't playing any other Triforce games, or GC titles. If you don't have any Wii, you can run the games on your PC with the Dolphin emulator.

Take a look on playable games