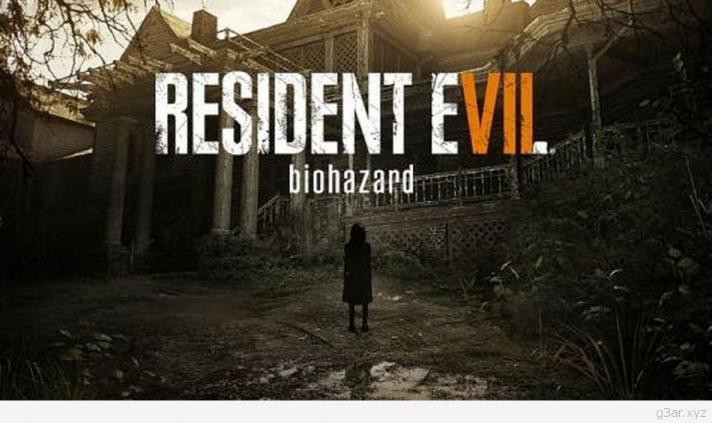 It seems that many people with AMD CPUs having problems with Resident evil 7 -Biohazard. The most annoying crashes are the Basement Scene, the "Connecting to the network" and the menu crash. Here are some fixes.

Until now we know that this is a processor based crash and Capcom haven't release any working patch yet. Here are some working fixes for the problems.

Just press Alt+Tab once. The game will go in window mode and return to full screen. Now the mouse should work.

Open CPY.ini, located in game root with a text editor and set a new save path:

This problem is because the game does not work yet for AMD Phenoms. To fix this, you need the SDE emulator, download it from here.

Unzip the file and move its contents to the RE7 install folder and create a shortcut of the sde.exe in this folder (right click and "Create shortcut").

Run the game and go just before the crash scene. Now press ALT+TAB (to exit the game's screen) and then ALT+CTRL+DEL and open "Task Manager" (don't click on game's window, because you will return to the game). Do not minimize the game, just change windows (when i minimized the game's window it didn't worked).

Go to the "Details" tab and search for the RE7. You need its "PID" number.

Right click on shortcut you just created and select "Properties". Now add this in "Target field" (where 4592 put your PID): 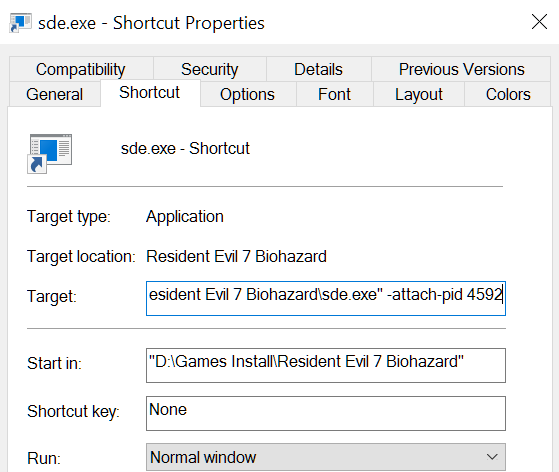 Now run the sde.exe shortcut as Administrator and quickly reopen your game's windows. You have to switch to the game fast, otherwise the game will stay in black screen.

The game will be very slow. Just pass the crash point and continue playing until you save the game manually (it's a pain to play like this, but is the only way to bypass it). Closing SDE window will not make the game run faster, so just play the game until you save it (update: for some reason the autosave gets corrupt so do a manual save).

You have to play until find Mia and she cuts your hand, the go to the safe room and save the game. Press ALT+TAB twice to switch between game and any other window, to speed up the dialogues with Mia and everywhere the game gets too slow.

Now close the game and the SDE window and run again the game. It should load after the crash point.

Do this every time the game crashes but remember that you have to change PID in shortcut.