How Much A 4K Gaming PC Costs? 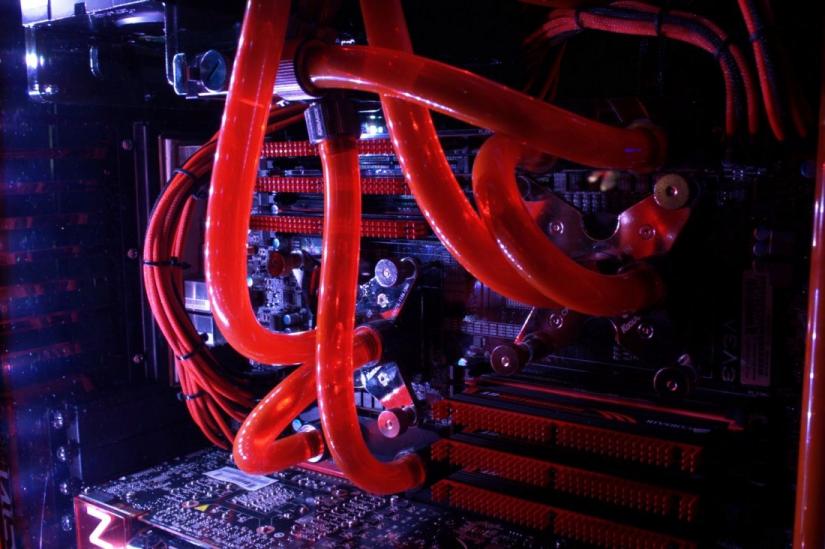 Gaming in 4K is something new and will surely start to attract more users and companies. So because the year 2015 will be the year of 4K, let's see how you can make a good 4K Gaming PC.

Ryse: Son of Rome is one of the first games that supports 4K. See a comparison with 1080p in the video below.

If one want to make a 4K PC, he will stop on two problems, first the processing power required by this resolution and secondly the high cost of such a PC. However, because in the world of technology, the prices are falling very fast, one can now build a fast system without having to spend a fortune. Surely one can make a PC with the best hardware out there, but you can build a cheap system.

The most important thing about a PC, even a 4K PC, is the RAM, the CPU, the GPU, the motherboard and the screen. This PC should be capable of handling a resolution of 3840 x 2160 pixels, with a high speed graphics of at least 30FPS (even 60FPS in some cases) and graphics options in games supporting 4K at least in the medium. So let's look at some options for a PC composition.

The FX-9590 provides users with overclocking capability, with a good cooling system that can conveniently deliver up to 5.0GHz, making it ideal for any 4K system. Its only downside (if we can say so) is that it runs reliably on some motherboards. Alternatively, you can use the slower AMD FX-8350 4.0GHz (~$177).

For the ideal processor cooling, there are many options, each to have its good and bad things. Corsair's choice is probably one of the best if you read the forums. Note that the Corsair's "i" series has received a change in design, thus preventing fluid leakage. Alternatively and for less money, the Cooler Master Hyper 212 EVO can be used (from $33).

As it is noted at the CPU part, the motherboard should work perfectly with the processor and the has excellent reviews. It is made of excellent materials and has many options, such as flashing the bios only with a PSU and a Memory Stick, while the "MemOK" button allows you to solve a memory problem without restarting the system.

GPU is ofcourse one of the most important PC's parts, as it takes the rendering of the games in high resolutions. Here the opinions are controversial, so the choice is on the buyer.

As first choice, is the Radeon R9 290X (Price: From $295) because it provides awesome speed (designed to run games in UltraHD resolutions) at a good price. As the 2nd choice is the Nvidia GeForce GTX 780 Ti (Price: From $494), a very good GPU Card, one of the strongest cards for 4K systems, regardless of the fact that it has 1GB less than Radeon.

This is the critical piece (for the stability) of the PC, you can not reconcile with anything. So the choice of the G.Skill Sniper Series (~ $84) is ideal for speed and stability. Alternatively, there is a more expensive solution (and clearly faster), using AMD's Radeon Gamer Series (From $186), which is built to withstand even the "hardest" overclocking.

This "beast" (in terms of speed), requires a very powerful power supply and one of the most suitable is the Corsair AX860. Well-designed, quality, which can comfortably power up a fast system, and this is shown by the fact that even in high demand, its cooling fan does not turn on, which means the power supply is made for heavy work.

Your operating system should be on a hard drive as fast as the rest of the system and Samsung's SSDs have shown their credibility in this regard. Certainly there are many options to choose what you want.

The monitor for your system is the last piece, but not the least. Right now there are plenty of choices to choose from. All you have to avoid is the very expensive models, since they do not offer anything terrific compared to the other 4K models. Right now you can find a decent model with prices starting at $500, such as Samsung U28D590D.

Here because the models are many and each one offers its own, you should look well on reliable sites to find which worth the money you want to give. What you need to look for is to have a DisplayPort 1.2 connection.