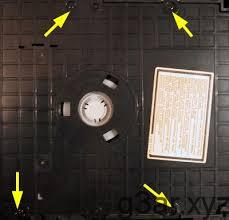 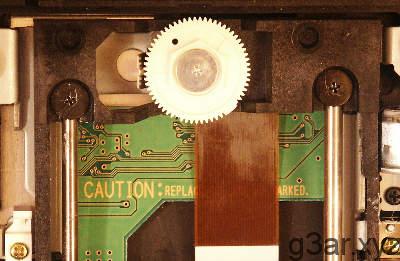 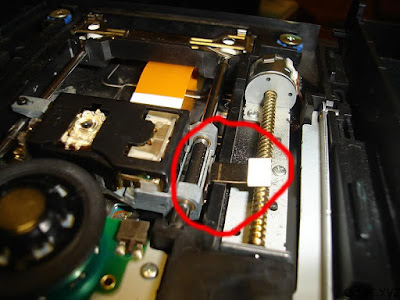 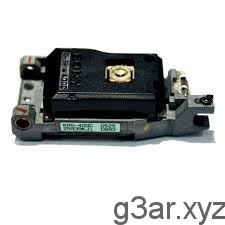 1) Eject the tray so that it is out of the way.
2) Mark the original position of the cog with a black marker pen.
3) To raise the sled adjust anti-clockwise
4) Only adjust one or two clicks at a time
5) After each adjustment test with both CD and DVD media.
6) Repeat until desired improvement occurs.
7) If no improvement - set back to original position.

1) Mark the original position of the screw with a white mark.
2) To raise the lens on the left adjust clockwise (screw in)
3) To lower the lens adjust anti-clockwise (screw out)
4) Only adjust fractions of a turn at a time.
5) After each adjustment test with both CD and DVD media.
6) Repeat until desired improvement occurs.
7) If no improvement - set back to original position. 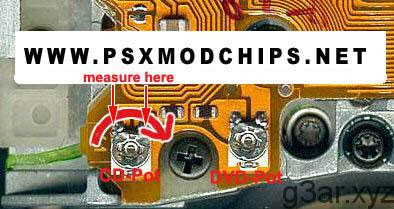