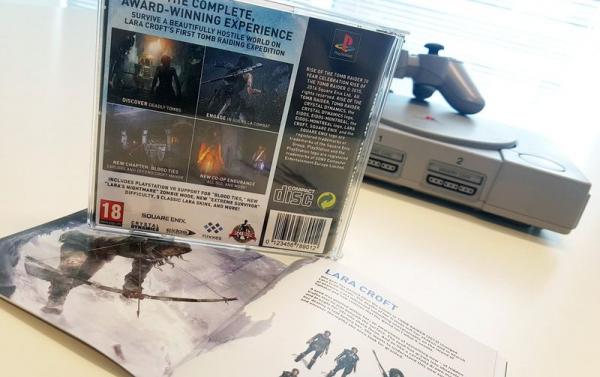 Twenty years have passed since the release of the first Tomb Raider game, which for me was also the best game of the series (although I can say that the latest have touched the atmosphere of the first one).

To our surprise, the UK's PlayStation section released some photos showing the game being in a PS1 case, like the first game 20 years ago.

The case, however, is purely for marketing/nostalgic purposes and is not going to be released officially, no matter if the game's fans insistence on Twitter.

It looks very beautiful, I would buy it just for the case, if it were even in a limited edition. In the PS4 version they have included an extra level, playable only with the new VR system.