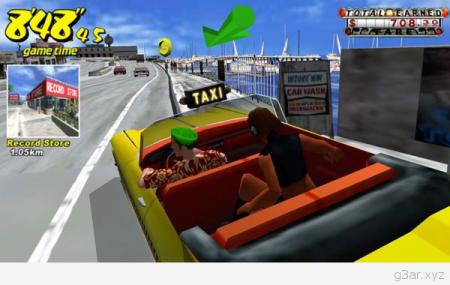 Crazy Taxi was released in Sega's Dreamcast in 2000, a year later from the Arcades and it was a success for the console's owners.

It was something new at that time, and I personally played it for hours. In the game, you were a taxi driver where your purpose was to get customers and take them to their destination as soon as possible and with fewer injuries.

If you want to play it again or get an idea about the game, Sega provides it for free on both Android and iOS.

The only problem are the ads, which are few. You can turn them off by buying the title, which a cost about $2.